Rather than summarize the 2017 progress on in each project in separate, project-specific posts, I’m putting it all in once post this year for one important reason–recruitment! As with any academic research group, we expect to see a number of our talented team members move on to bigger and better things. 2017 did not disappoint (well, it was disappointing to lose such talent, but we’re also happy that these awesome people are finding amazing new opportunities).

In saying farewell to 2017, we also bid farewell and best wishes to team members who have really pushed the boundaries of science during their time here including:

Losing so much talent in 2017, we’re fortunate enough to recruit some new R|D rock stars to the lab and are happy to welcome: 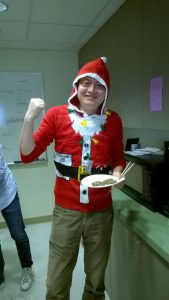 Team members like Associate Professor Chunlei Wu, not only provides friendly expertise, and helpful guidance to new recruits–he’s also a leader when it comes to holiday fashion.

If you have some computational skills and would like to use them to push research forward, consider joining our lab! We have a lot of great projects which could use your help! Speaking of great projects, let’s start with the ones led by Chunlei (pictured left).

Chunlei has been the driving force behind BioGPS, MyGene.info, MyVariant.info, BioThings.io, and more. As recently announced, he will be the TSRI site principle investigator for the National Center for Data to Health (CD2H).

The newly created center will be led by researchers from OHSU (Tim has moved on from the Su Lab, but he hasn’t escaped our reach!!!!), Northwestern University, University of Washington, Johns Hopkins University School of Medicine, and Sage Bionetworks, together with TSRI, Washington University in St. Louis, the University of Iowa and The Jackson Laboratory.

For his part, Chunlei and his team will do what they do best–building high-performance and scalable data access infrastructure and defining community best practice for data processing and software implementations.

As of 2017, BioGPS has seen the launch of a new sheep atlas portal along with a corresponding research paper, and BioGPS made it to the top of the weekly list on Labworm. After demonstrating that the MyGene.info framework could be retooled for for Variants (MyVariant.info), the framework has been abstracted into the BioThings SDK. 2017 was a busy year for these related projects:

2017 has also been busy for the Gene Wiki / Wiki Data team here in the Su Lab as:

In case you missed it, the renewal grant application for this project was also shared in a blog post this year which gives the big picture idea of the project moving forward.

While we’re on the subject of crowdsourced science, Mark2Cure had a busy year as well.

In addition to these projects, members of the Su Lab have been busy advancing research in protein folding/microscopy analysis methods, osteoarthritis, and data-driven drug re-purposing methodologies–all while managing to have an epic time. 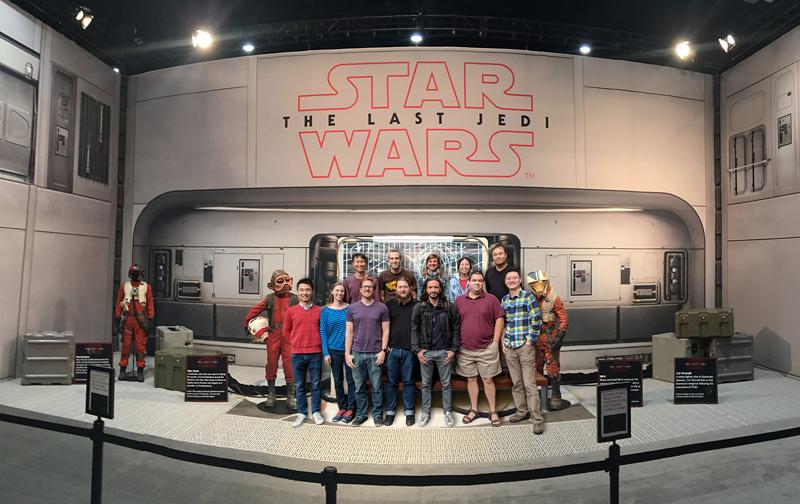 May the FAIR-principles-of-open-data be with you