In BioGPS, there are a number of Intermine–based model organism plugins (and to a lesser extent model organism data sets) which allow users to explore gene expression in organisms typically studied in biomedical research. Model organisms such as mice, rats, flies, worms, zebra fish, etc. have well-annotated genomes and a lot of well-established tools for further exploring and contributing to the knowledgebase around those animals. In contrast, valuable agricultural animals do not have this degree of data, tools, and resource development. This may change as the biomedical and agricultural research domains blur thanks to the movement of medication and infectious disease from farm animals into humans. In this spotlight, we’re happy to introduce a new data set that’s been added to BioGPS–the Sheep Gene Expression Atlas. Emily Clark, a researcher and Chancellor’s Fellow from The Roslin Institute, University of Edinburgh, kindly answered our questions.

To search for your favorite genes in the Sheep Gene Expression Atlas, visit the sheep-specific portal at: http://biogps.org/sheepatlas/#goto=welcome 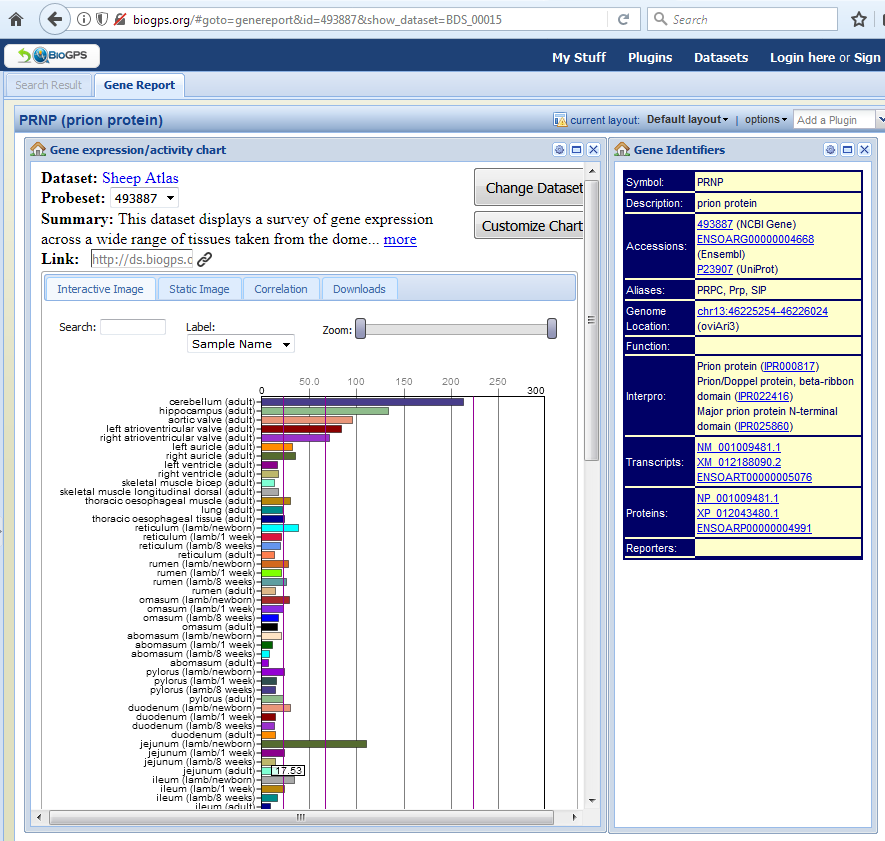