The Urban Dictionary definition of “weeone” is:

Usually a nickname for a shorter, petite, awesome, hot woman with a height under 5’2″

In casual conversation, according to UD user andyisdandy, you might say, “hey look at that weeone over there,” to which your friend might reply, “o ya dude i know her that’s Michelle.”

Disappointingly, our gene-of-the-week, WEE1, is not the gene that codes for womanly weeones.  It is, however, important for determining the size, not of daughters like Michelle, but of daughter cells that are formed during mitosis.   When WEE1 is inactivated, cells enter mitosis prematurely and the resulting daughter cells are abnormally small, resulting in the—I’m not making this up—”wee phenotype.”  OMG, how cute!  Cute, but not very healthy.

Sorry, I just couldn’t not include Snooki in this post somehow.

To understand how WEE1 works, we must first take a moment to review the cell cycle. There are three major phases of the cell cycle: interphase, mitosis, and cytokinesis. 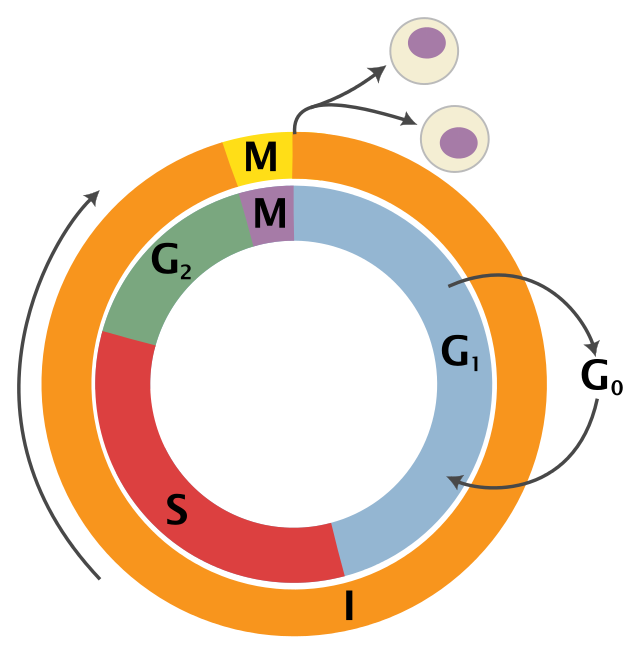 Schematic of the cell cycle from Wikipedia.

Interphase consists of two growth periods, G1 and G2, which occur before and after the DNA replication, S (or “synthesis”), phase. After interphase, mitosis and cytokinesis occur and the cell splits into two “daughter cells.”  Throughout the cell cycle, there are checkpoints to ensure that the cell and its DNA are ready to move forward. These steps are crucial for healthy cell proliferation and are often disrupted in cancerous cells. For example, p53—one of the most searched-for genes on BioGPS—is important for detecting DNA damage at the G1/S checkpoint and is often disrupted in cancer cells.

WEE1 is important for the G2 to M transition. That’s why, when WEE1 is messed up, the cell will move onto M phase even though the cell isn’t quite ready to divide. Mice that completely lack Wee1 do not survive past the blastocyst stage (the mutation is “embryonic lethal” and the mice are never born), so previous studies have not been able to determine additional functions of WEE1.1

These look pretty, but they reveal “disorganized and multipolar spindles, loosely congregated chromosomes and lagging chromosomes during anaphase” in cells treated with tamoxifen. From Vassilopoulos et al. (2014).

Recently, however, Vassilopoulos et al. (2014) generated a tamoxifen inducible Wee1 mutant mouse cell line in which treatment with tamoxifen is required to knockout Wee1 in otherwise healthy cells.2  Using this technique, they found that the loss of Wee1 results in prolonged or incomplete mitosis and disorganization of centrosomes.

Vassilopoulous et al. (2014) also induced the Wee1 mutation in mouse mammary glands in otherwise healthy mice.  They found that the mutant cells proliferated excessively.  The mammary cells also exhibited severe DNA damage, as did the cells in the in vitro experiment.  Upon further investigation, they found that Wee1 disruption increases the activity of the anaphase-promoting complex/cyclosome (APC/C), which allows the cells to progress through mitosis, despite their damaged DNA. 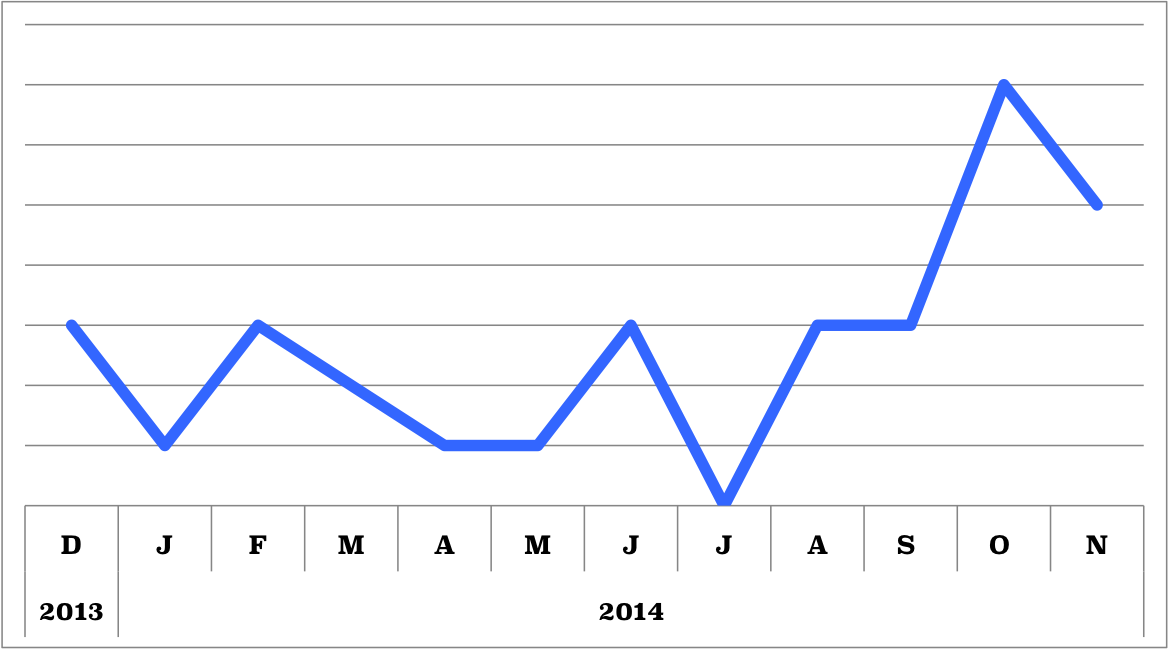 Interestingly, Vassilopoulos et al. also reported that heterozygous but not homozygous loss of Wee1 resulted in tumor formation when the mice were about 16 months old.  The damage in homozygous Wee1 mutant cells is so bad that it induces cell-cycle arrest, apoptosis, or senescence.  Damage in heterozygous Wee1 mutant cells, however, is bad enough to disrupt the cell cycle and induce DNA damage but the cell can still escape senescence.

Recently, cancer biologists have attempted to prevent tumor growth by mimicking the homozygous loss of Wee1 via pharmacological inhibition. Impairing the G2/M checkpoint allows such extensive DNA damage and results in cell death or senescence.  So far, some Phase I trials are underway with a drug caled MK-1775, often in combination with other cytotoxic chemical therapies.3

Therefore, we can be grateful not only for functioning WEE1 but also the discovery of dysfunctional WEE1 as a potential cancer therapy.  We win with WEE1!