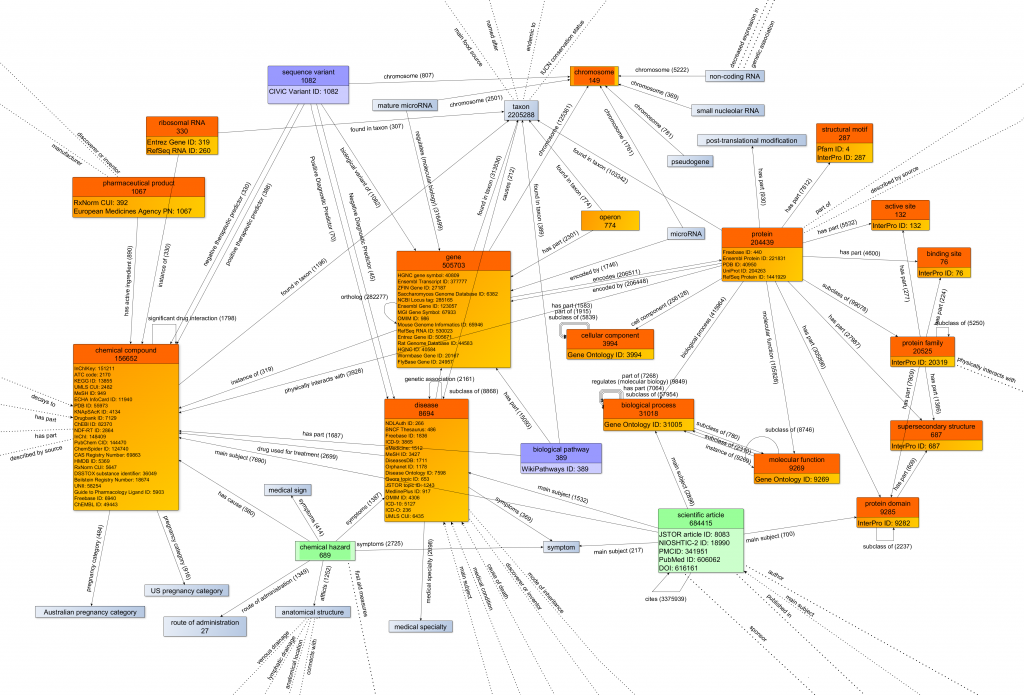 On Wikidata’s fifth birthday, we (the Gene Wiki team) offer our hearty congratulations!! It is amazing what has been achieved in such a short timespan. Wikidata has basically given us – and the larger research community – the gift of...

This blog is about running federated SPARQL queries on Wikidata.  A federated query is a special type of SPARQL query that runs on more then one SPARQL endpoint. It allows access to multiple linked data resources in a single query. Below is a...