When we first started moving Mark2Cure from Amazon Mechanical Turk to the internet at large, we decided early on that we would let the contributors take the steering wheel on the project. During beta testing, advocates from various rare disease communities (like Hashimoto’s Encephalitis, Cystic Fibrosis, and Cystinosis) made significant contributions; but the NGLY1 community made a concerted effort to ensure that the beta test was completed successfully. NGLY1 contributors even took to the Missouri Military Academy to recruit volunteers for the cause—and they succeeded. Mark2Cure successfully completed its beta experiment, and continued to launch our current campaign to find clues for the NGLY1 research community.

Now, more than ever, it makes sense for other rare disease communities to join our efforts. And here are a few reasons why:

– Volunteers are combing through doc sets which cover biological mechanisms that may lend insight into many other rare diseases. Information of interest and clues to YOUR disease community may be in these doc sets, but we need your help to find them. 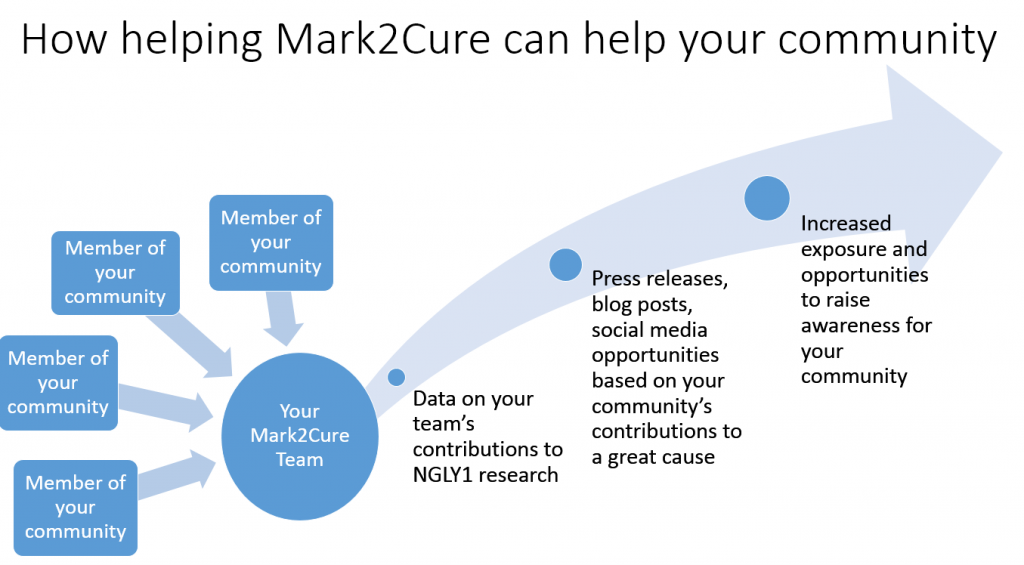 Help us help you! Join us!