As a profession that often requires a lot of precision fingerwork, “musician” isn’t the first job you’d suggest to someone with a grand total of four fingers. But for Lee Hee-ah, a Korean pianist, that hasn’t stopped her.

This is pretty inspiring. Lee Hee-ah plays the piano. With just four fingers!!!

Lord Lokhraed, a guitarist with a two-fingered hand, hasn’t been deterred either. Like other people born with ectrodactyly, both musicians are missing the central fingers of their affected hands.

This French black metal music is truly hideous, but fast forward to 0:50 to see the lead guitarist, Lord Lokhraed, play with only two fingers on his fretting hand. (You have until 1:20 before the yelling starts).

This rare congenital disorder, affecting as few as 1:25,000 births,1 also goes by the socially insensitive (but fairly descriptive) moniker of “lobster claw syndrome.” In fact, one infamous circus sideshow performer with ectrodactyly was billed as “Lobster Boy”. 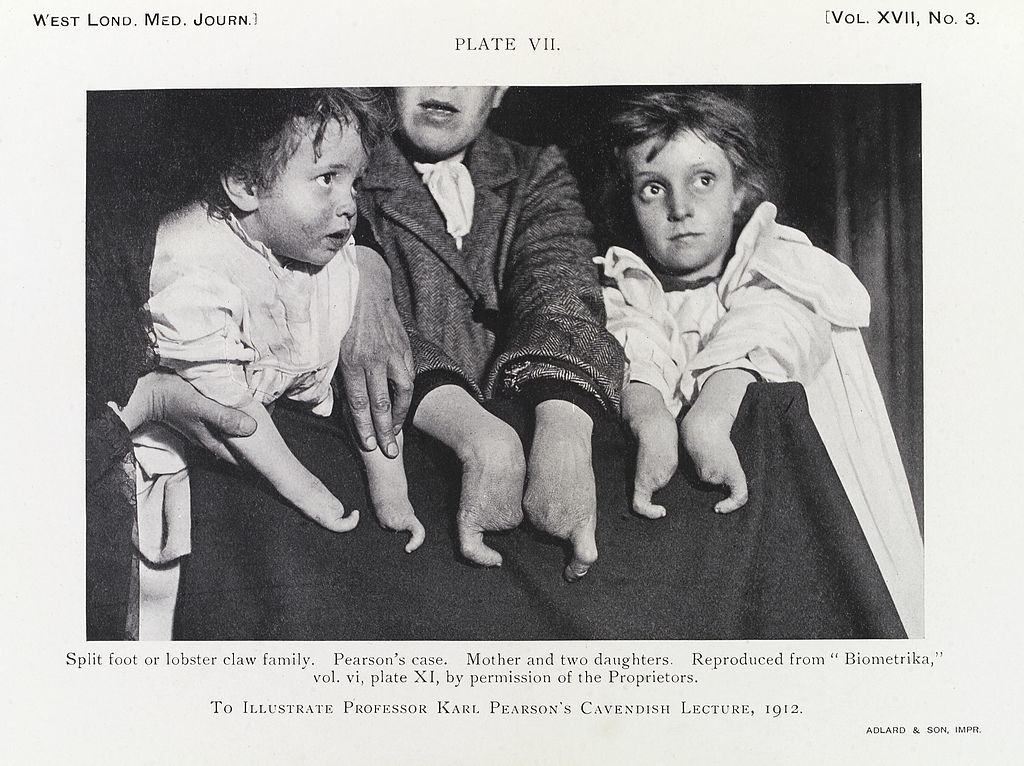 I guess back in the day, the name “Lobster Claw Syndrome” didn’t seem… offensive??

Today, scientific papers instead refer to the condition as split-hand/foot malformation (SHFM). While SHFM, or ectrodactyly (Greek for “abortion” + “finger”), can occasionally be caused by environmental factors—like retinoic acid or cadmium during pregnancy—it’s primarily a genetic malformation caused by a variety of mutations.2 A similar condition, called split-hand/foot malformation and long bone deficiency (SHFLD) also causes ectrodactyly in combination with a long bone deficiency that affects the tibia and fibula (shin and calf bones, respectively). This disorder is genetically heterogenous, with an irregular inheritance pattern, incomplete penetrance, and an extremely variable expression pattern—even within individual patients there’s a mix of normal and affected hands and feet. However, one form of SHFLD is associated (now in more than 13 unrelated families) with gene duplication on chromosome 17p13.3.3 And there’s only one complete gene in this region—BHLHA9.

Based on its sequence, BHLHA9 (basic helix loop helix member, a9) is a transcription factor in the bHLH family of proteins, which are typically important for development. This particular BHLHA9 however, has an as yet unspecified function. However, given its link to ectrodactyly, one paper attempted to give the gene a more snazzy name—fingerin.4 While the name hasn’t stuck yet, I’ll call it “fingerin” here, as we discuss this gene’s role in digit development. 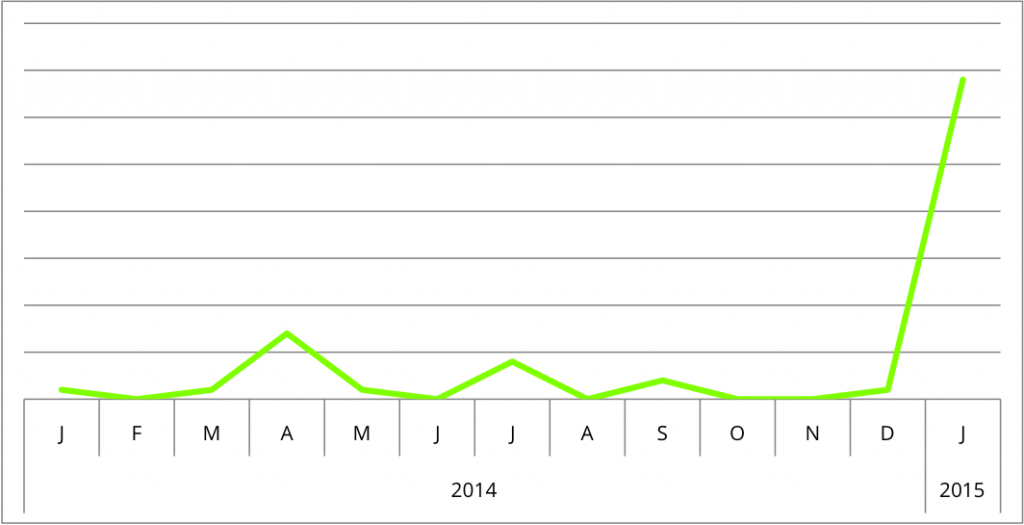 Stop trying to make Fingerin happen. All papers (except for one) refer to the gene as BHLHA9 instead. Study of this gene only began a few years ago, and the latest paper just came out in December 2014–corresponding perfectly with the gene’s recent increase in popularity.

First, gene duplication of fingerin was established in families with ectrodactyly, so researchers next sought to understand how loss of fingerin might affect limb development. In fingerin knockout mice, most of the mice had limb defects and presented with syndactyly, in which two or more digits are fused together.5 In this case, the webbed fingers were only held together by soft tissue (not by the fusion of bone, as sometimes happens in humans). When webbed fingers occur, it’s thought to be a failure of apoptosis during development; fingers are only created when apoptosis selectively occurs in the spaces between fingers, thus separating the digits. Currently, there are no molecular mechanisms linking fingerin to apoptosis, so this remains an area of ongoing interest.

But wait—that’s not all! Now, in the latest installment of the fingerin saga, new evidence further establishes the gene’s role in limb development. Two unrelated families have been diagnosed with MSSD (Mesoaxial synostotic syndactyly, Malik-Percin type), a rare autosomal-recessive disorder that presents with syndactyly. Just as the fingerin knockout studies predict, these instances of syndactyly are linked to missense mutations in fingerin!6 Specifically, these mutations affect the DNA-binding regions of fingerin, likely conferring a loss-of-function mutation. So now, with excess fingerin protein linked to ectrodactyly (remember, loss of fingers) and loss of fingerin protein linked to syndactyly (remember, excess webbing between fingers), the story is becoming much clearer. Still, the exact molecular mechanisms remain elusive, so it’ll be exciting to see what future research will bring—just so long as the term “lobster claw syndrome” doesn’t make a reappearance!