This is the third blog post in a series on our Gene Wiki renewal. More details below. 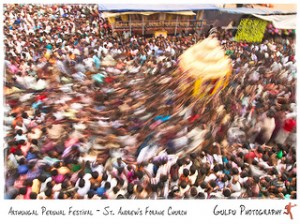 As a crowdsourcing initiative, the Gene Wiki project is entirely based on community contributions and participation. One key early decision we made was to position the Gene Wiki within Wikipedia where “the crowd” already existed. This design choice differentiated us from similar initiatives1 that were based on stand-alone wikis that were starting from scratch. (As it turns out the “build it and they will come” principle is simple in theory but very difficult in practice.)

So the Gene Wiki currently enjoys a critical mass of users and editors that has self-assembled based almost entirely on its association with Wikipedia. And while the Gene Wiki provides a certain structure and framework to articles on human genes, it is also fair to say that exactly which articles get attention is rather stochastic and subject to the whims of individual editors. In short, no one is really driving the bus.

It is likely that the Gene Wiki would continue to grow and succeed based on this organic and non-directed growth. But we felt that proactive measures to guide and grow the Gene Wiki would also be incredibly valuable. Therefore, we proposed two specific outreach initiatives.

First, we will partner with a peer-reviewed journal to solicit invited review articles with a parallel publication track on Wikipedia. The most common reason scientists give for not contributing to Wikipedia is the perceived lack of reward (a perspective that is particularly true among more senior scientists whose domain expertise and perspective is often most valuable). In short, contributions to Wikipedia do not align with traditional metrics of scientific productivity.

Recently, we initiated a partnership with the journal GENE to solicit invited review articles on genes whose Wikipedia pages were underdeveloped. To date, three such review articles have been published on MIR1552, EPHX23, and SFTPA1 and SFTPA24. In addition to the PubMed-indexed article, the authors also wrote significant text for the corresponding Wikipedia page. To ensure this initiative can maintain a continuous stream of articles, this sub-aim will formalize the effort to identify appropriate articles, to recruit qualified authors to write those articles, and to assist those authors when writing the Wikipedia versions of their review.

Our second outreach initiative will create an educational framework that will meaningfully harvest student effort to improve the Gene Wiki. Consider for a moment the extraordinary amount of human effort that students collectively spend on class projects. With only a few exceptions, the products of all that effort are flushed into a virtual garbage can at the end of every term. Successive students in that class essentially repeat the exact same exercise over and over.

Recently, however, there is growing enthusiasm for class projects that have lasting scientific benefit. These efforts have ranged from biocuration of the literature, to sequencing and annotation of bacteriophages5, to annotation of metagenomics sequence6. There have even been a series of high school AP biology classes who have focused on making contributions to Wikipedia every year since 2008.

This sub-aim will continue this focus on learning in the context of real-world scientific problems. We will pursue similar initiatives to develop articles on genes, diseases, and drugs. This effort will involve identification of important and underdeveloped sets of Wikipedia articles, pairing those articles with aligned classes, and developing rubrics for evaluation. We will seek partners in all areas of higher education, including undergraduate, graduate, pharmacy and medical students. Not only will students learn about important scientific topics, they also get a flavor for collaborative science and writing.

Since this outreach aim incorporates a different skill set than we typically find in developers and bioinformatics scientists, if funded, we will be recruiting a dedicated outreach coordinator to implement this aim.