Back in November 2011, we announced that we were starting a long-overdue update of the BioGPS iPhone app. We’d intended to post periodic updates of that process here on the blog, but the holidays and grant deadlines conspired to make that impossible.

Nevertheless, the Optra team has made impressive progress so far, and we are currently on prototype number 5. Check out some of these screenshots… 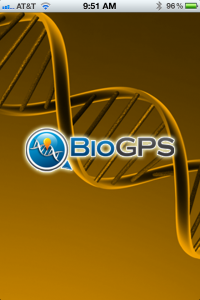 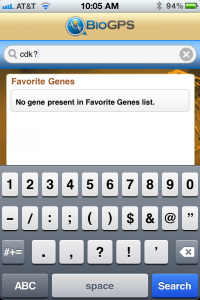 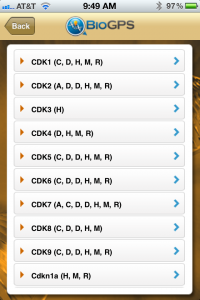 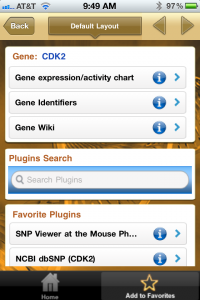 The new app is much improved relative to the current version in terms of both interface and functionality. Only a few last details need to be cleared up before it’s ready for release. For those who are anxious to give it a try, email us at biogps