The blog is getting a bit of a slow start to 2010 here at Chez BioGPS, but our developers certainly aren’t. They’ve been hard at work on some great new features, and we’ll have a couple announcements here on the blog soon.

But I thought a great way to kick off the new year would be to introduce one of our primary initiatives for the coming year. Yes, we’re jumping on the bandwagon — BioGPS is going social. 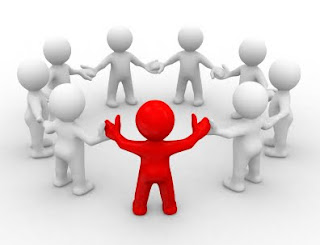 The value of creating social networks has been demonstrated by numerous non-scientific applications. FaceBook, MySpace, LinkedIn, Twitter, Friendfeed, etc are all great examples of sites that provide users value through their social networks. Clearly our goal is not to duplicate any of these existing social networks. We also don’t want to just rebrand the same ideas targeted at a different audience. So how will BioGPS be different than a generic “Facebook for scientists”?

We believe that the value of social networks doesn’t lie in the number of users you have, and it doesn’t lie simply in the network of connections between users. Rather, the value of all social networking applications lies primarily in the objects that users contribute to the network. These objects are the currency of communication and interaction.

So what’s the currency in a social network for biologists? In BioGPS, it’s all about the genes. Specifically, BioGPS users will be able to manage all the gene-related objects that are relevant to them — gene lists, plugins, gene report layouts, and data sets. We already have lots of users coming to BioGPS to learn about genes, and now we’re building the social networking infrastructure to enable users to share these objects with others.

Importantly, a social network centered on genes facilitates biological serendipity. When you create a new BioGPS gene list, wouldn’t it be great to see that your colleague Jane has another list with a significant overlap to yours? When you search for resources on SNPs, maybe John just registered a plugin for a SNP annotation site he’s developed. When you search BioGPS for “diabetes”, wouldn’t it be useful to see all the relevant genes, gene lists, plugins, layouts and data sets that are shared in your network?

We think that these social networking possibilities are exciting, and we’re looking forward to rolling out many of these features in the coming year.